Home » Do Rabbits Eat Their Babies? Why 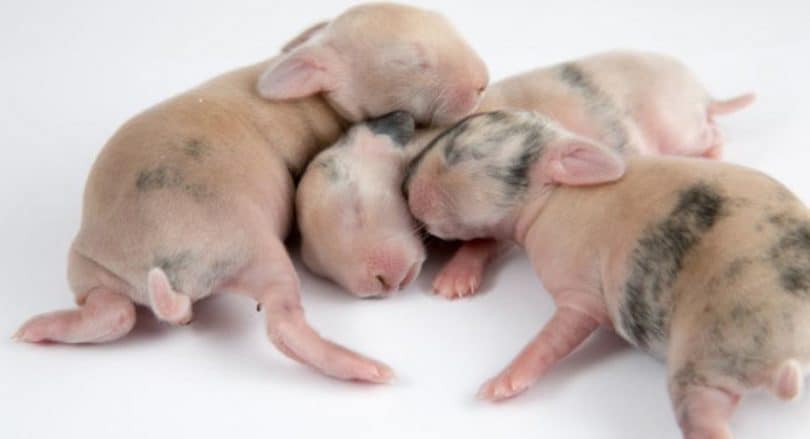 Although rare, bunnies do eat their young ones. Why do mother rabbits eat their babies? Is this normal or should I stop them from breeding?

Filial cannibalism or adult eating their young ones especially after birth is a common behavior noted in various animals including some canids, primates, felines, bears, rodents, prairie dogs, fish, reptiles, birds, amphibians and so on.

Although the exact reason why it happens is not known, researchers have given several reasons. Some of the common reasons often given include to “satisfy the energy and nutritional requirements of the parent, make the parent more attractive to potential mates, and help in getting rid of offspring that are sick or take too long to mature.”[1]

What about bunnies? Do rabbits eat their own babies? Do bucks do it too or it is just the female bunnies? Let us examine this issue that may seem quite surprising since bunnies are known to be folivores.

Why do rabbits eat their young ones

Do bunnies eat their babies? Yes. They do at times but it is very rare. It is right to note the mother rabbit eat her babies, but again in very rare instances. Some of the possible reasons as to why they may cannibalize their young ones include the following:

In case they cannibalize their young ones, they often breed immediately. However, this behavior is instinctively triggered by a judgment of the possibility of survival of their kits. They will only mate if they are certain their kits will survive.

Also, note that it is normal for if a bunny “eats the placenta and all of the other materials that came out with the litter.”[2] They will also lick their kits to be clean. This is to give them nutrients to stimulate lactation and remove evidence of bunny baby birth that would attract predators.

These are some of the reasons why mother rabbits eat their babies. As stated early, the exact reasons are not well known. However, the above reasons have been noticed to trigger this abnormal behavior which is very rare.

If you notice this behavior during “first or second litter, she may be forgiven for she knoweth not what she doeth. But if she eats babies with each litter, there’s no sense in breeding her anymore.” [3]There is no cure to this problem.

Secondly, ensure there are not stressing factors such as noise or scent of predators and they have a balanced diet to provide them with all the vital nutrients they require. There should also be sufficient food.

Finally, you need to know that bunnies do not have much motherly care like cats, dogs, and other mammals. There are even cases where they neglect their young ones. Usually, they will breastfeed them for a few minutes (about 5 minutes) and the rest of the time, they will be away from their nesting boxes.

Do rabbits eat their babies if you touch them?

We have looked at the reasons why this abnormal behavior occurs. Bunnies are not likely to cannibalize their young ones simply because you touched them. However, if they see you as a threat, then it can happen.

Therefore, ensure while handling nestlings, the mother bunny does not get stressed or sees you as a potential threat. Otherwise, it might trigger this behavior.

Do male rabbits eat their babies?

It is very rare and uncommon for male rabbits to eat their babies. Bucks are always good daddies and they often return lost kits to their nests. However, they can kill them accidentally if the cage is small as they are moving around especially while they are still very young.

Also, competition can be a reason why a buck may kill its kits. Remember, while in the wild, bucks tend to rebreed 24-48 hours after the doe has kindled. However, if the doe focuses on the kits, the buck may not get the attention it needs and hence kill the kits.

Therefore, always ensure you have the right size of cages. Furthermore, separate the bucks from does when they are about to kindle.

You know the reasons why rabbits may munch their babies and what to do and the fact that males hardly eat their kits. Ensure your pregnant doe feels secure, has the required nutrients and is not stressed. This may reduce this behavior.