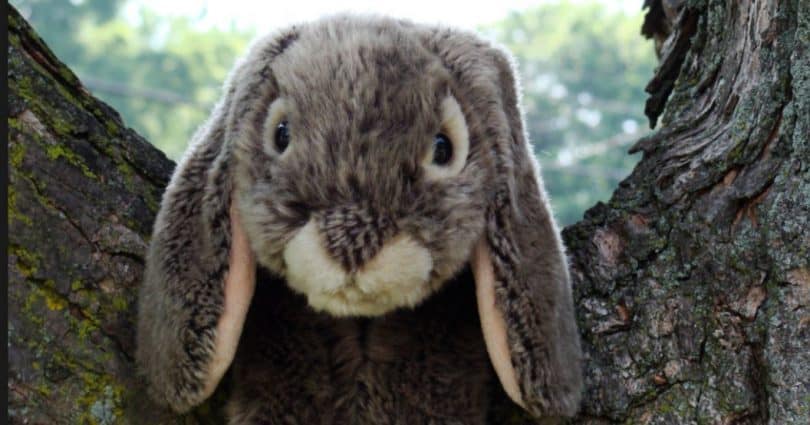 When I heard it first, I could not believe that bunnies are actually able to climb trees. If you doubt, here is a post to enlighten you more.

What about rabbits? Can these animals climb trees, scale fences or walls while looking of pasture or if they are escaping from predators. We know bunnies can swim in the water or run very fast in a zigzag manner to escape from their predators.

No. ordinarily, they do not. It is not one of their natural abilities. However, there are some instances where rabbits can go up trees, walls, and fences.

For instance, “in dry interior areas, Nuttall’s cottontails climb sloping tree trunks to access green, dew-laden vegetation.” [1]  Therefore, you need to understand that “when things are tough on the ground, rabbits will climb relatively low trees looking for something more palatable.” [2].

Furthermore,  bunnies can “run as fast as 20 miles an hour for a short distance and have even been known to climb a tree to escape”[3]. However, this is not something they will always do with much success compared to monkies and other animals.

IOWA State University advises those with trees and shrubs to use fences that are high so that bunnies won’t go over them or reach them as well as using guards to prevent these animals from climbing. This is an indication that they may able to do so.

Finally, a newspaper cover further talks about Governor (Sir Willoughby Norie) seeing a bunny that had climbed a tree about 6 feet high in Wardang Island to nibble its leaves. [4].

Finally, note that this only happens on few and rare occasions. It is not something you are going to see your bunnies do often.

How do they do it?

Since they hop and jump when moving, they naturally cannot ascend on a vertical surface. How do they climb a tree? It is simple, they will make a jump onto it hoping to land or scramble onto a fork or somewhere they can hold.

This can happen to fences as well as walls in case there is somewhere where this animal can hold onto before making another jump. This means that it is not something easy for bunnies.

However, in the case of slanting or sloping ones, it is much easier for these pets to ascend up them for some of the reasons we have stated.

If you would like to see how it happens, the video below of a bunny climbing a tree may be of much help. It will help you visualize how it does happen.