Sometimes in life, you make decisions. Dare to get involved and risking to push an idea until its fulfilment. That's what he wanted to do David Acito, founding the Association Action Project Animal in response to the terrible news and photos from a city in southern China, Yulin, now sadly famous for its "party" of dogs. Every year since June 21 until 30, in this rural town of 6 million inhabitants to celebrate the summer solstice it organizes a festival where music, dancing and stalls various cat and dog meat is consumed. The terror and hopelessness in the eyes of these animals is all that transpires from the photos and videos that run on the web. 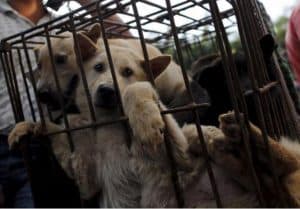 Hygiene totally absent, crammed to capacity in tiny cages and rusty, constantly biting one another to try desperately to get space ... where space physically not here. Tortured, beaten and boiled alive over low heat, all because the popular belief wants a frightened dog produce more adrenaline and so this makes the meat much more good. That's indeed what is the festival of Yulin: a massacre.

David already since last year, has not been on our hands and made arrangements to try to help in concrete terms these poor innocent souls. Decided to buy at these traffickers, more animals as possible, thus saving them from certain death. About 400 dogs and 60 cats were able to save themselves in 2016 and this year, thanks to increased disposable income, is sure to help many more.

For them, waiting for adoption, the doors are opening a reception centre ... is the refuge of Madame Yang, former Chinese teacher that already for many years fighting for the rights of these animals and to help them he sold his house and invested all his savings to create a real sanctuary. 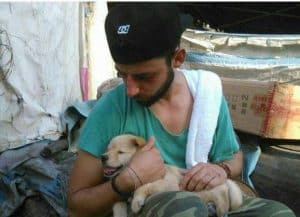 Something moves, thanks to organizations such as Action Project Animal, the media pressure inevitably starts to rise. The hope is that Chinese authorities become aware of the sound box that is forming around this event and officially put an end to this senseless butchery.

The dog and man are linked by centuries of collaboration, and if true friends are seen in times of need, Yulin's dogs have found certainly one in David Acito.