There are many breeds of dogs that could be predisposed to inflamed and hardened gums. This is known as Gingival Hyperplasia. This issue causes pain for the canines that have it. The owner will obviously notice that the dog is not acting normal. Their eating may be lessened if they are eating at all.

Yet, there are many times that it is not noticed until the dog is having a routine examination at the vet clinic. The discomfort may vary, it will be based on the severity of the sores and lesions. Some dogs will have focal Gingival Hyperplasia, meaning just in one area. Others may experience the issue as generalized. This means it covers the entirety of the mouth and may possibly include the palate.

Gingival Hyperplasia is caused by dental calculus. The canine’s body will respond to this by producing extra collagen. This will in turn cause what appears to be scarring on the gums in the dog’s mouth. A pocket of sorts is formed in the gum line and this is where food, bacteria, hair, dirt and other unwanted germs begin to collect. The collection of the debris begins to continue the inflammation, leading to more pockets and further discomfort.

As stated, in general, Gingival Hyperplasia will not be noticed until the dog is at a routine examination. The dog will generally give signals in regards to discomfort or pain. Unless the dog owner is completing daily brushing and dental care of the animal, they may not notice the inflamed gums. The definitive diagnosis will come from Histopathology. The abnormal gingival proliferation is due to the increase of gingival cells. This is completely different from gingival overgrowth, where the cells become enlarged, but do not increase in number.

Sometimes, the Gingival Hyperplasia can resemble a mass or a tumor. This is why a radiography or biopsy needs to be done. This will diagnose the true condition that the canine is experiencing.

In order to treat Gingival Hyperplasia, a surgical procedure is necessary. This procedure is done to remove any excess gingival tissue. A gingivectomy is done to bring back a normal contour and sulcus depth.

There are two methods of Gingivectomy, the Standard method. This one is considered the fastest. The other method is the Periodontal Flap Gingivectomy. The periodontal flap gingivectomy is usually done for canines that have widespread Gingival Hyperplasia.

The gingivoplasty is not a cure for the condition. The gum tissue could continue to grow over the lifetime of the dog.  Dogs that are predisposed to the condition may need to have surgery again in the future. Continued dental care should be taken by the owner and routine vet visits should be made to be checked. Daily brushing will slow the growth of bacteria and plaque in those dogs where that is the cause. Although all dogs should be given routine brushing.

This is not just considered the fastest, but also the easiest method. The main limitation with the Standard method is that the excess tissue is cut and will then require time to heal by second intention.

When the gingivectomy is to be done, they must perform a technique to ensure that the canine will heal properly.

For canine patients with more widespread gingival hyperplasia, the Periodontal Flap Gingivectomy will be used. The difference between the two is that this technique will use a flap to cover the area versus the open area that needs to heal by second intention. This technique is similar to that done for dental extractions.

The periodontal Flap Gingivectomy is used less often for the issue of Gingival Hyperplasia, it has proven to be beneficial in many cases.

This procedure is a painful process for the canine. The pain is not based on just one technique. In comparison, it is the same pain a human will feel when having serious dental work done. For this reason, the practitioner will use a balance between anesthesia and analgesics, which will include nerve blocks.  When the dog is then sent home, the physician will send NSAIDs or pain pills home too.

Owners should remove any chew toys from the vicinity of the animal. The dog should also be given a soft diet for a period of time until full healing has taken place, or for a minimum of two weeks. There should also not be any hard treats given to the dog during the healing process.

Beginning at the two week period post surgery, the owner should begin brushing the dog’s teeth daily, using cauton in the area of the surgery. Antimicrobial rinses should be given when possible.

Continued daily hygiene should be given daily for the remainder of the dog’s life. This allows for monitoring dental health and then removing the dental calculus.

If you are unable to do the dental cleanings, find someone that can do the cleaning for you. The dog will need to be checked routinely, just as humans are, but with the Canine Dentist. When routine cleaning is done, and a proper diet followed and given, the formation of Gingival Hyperplasia can be prevented in most dogs. Those that are predisposed may need further surgeries to keep the condition under constant control.

Either way, the canine will be able to live a long and healthy life. In general, the outcome is good. In the predisposed dogs, relapse can be common. If the condition continues to occur, the complications of deeper pockets will allow for increased bacterial growth in the gums and near the jawline. To reiterate, routine examinations are highly important, especially when the breed of dog is predisposed to the condition.

In summary, the surgery is the only way to help the affected dog become healthy once again. The surgery may seem high, if you have pet insurance, check with the policy and see if it is covered. If no insurance, find a charity animal hospital that may be able to help, or make payment arrangements to have the surgery completed. 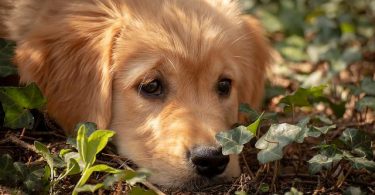 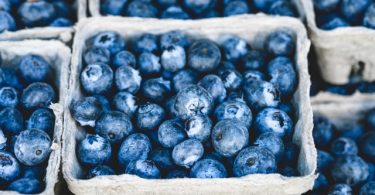 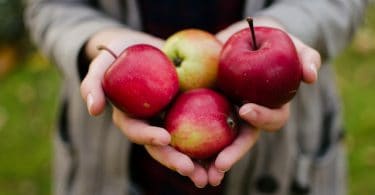