Home » Health » Can dog catch Flu? Knowing the Symptoms and Remedies could save your Dog

Flu is not only a pain for humans; dogs are also getting canine influenza. Dog flu is a relatively new strain of the influenza virus. It is believed that it originated from swine flu, which has been transferred to greyhounds and has now become what is now a canine-specific type of the virus. The questions for all dog owners are: is my dog vulnerable? How can it be treated? And what are the symptoms?

When canine flu first appeared around 2004, all dogs were exposed to it. But, as with any disease or virus, a number of people and animals are at higher risk than others. As expected, older dogs and those with underlying health issues or an infection that will undermine the immune system are more likely to contract the virus. In addition, dogs in these groups are expected to be severely affected by the virus and may cause a secondary infection.

So, how is the virus spread? Well, as with all types of influenza, the virus moves from one animal to another. For that reason, your dog is at a higher risk of getting canine flu if it spends a lot of time in kennels, dog parks or veterinary surgeries. The virus can also be transmitted by using the same water or food bowls with an infected dog.

On the other hand, the flu can be passed from one dog to another by human contact. Therefore, if you have touched a dog that seems unwell, it is important that you wash your hands very well.

Although it is now believed that humans cannot get canine flu, flu viruses are constantly changing. Therefore, in time, it is not out of the area of possibility that dog’s flu will affect humans. 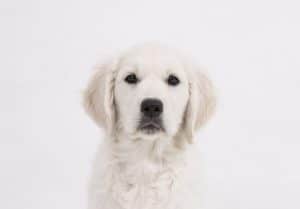 Presently, we humans only have to worry about spreading the virus among dogs.

Dog flu is transmitted through respiratory fluids when an infected pup barks, coughs, or sneezes. The bug does not stay long once outside the body, so it is often caught from being in close proximity to other dogs, but can still be transmitted through water and bowl, bedding and shared toys.

You can also transmit it if you touch an infected dog and then touch your dog soon after. If you have more than one dog, you should keep the infected dog away from other dogs until it recovers. Also, keep a close eye on your other dogs because dog flu is the most infectious disease before infected dog shows any symptoms.

Almost all dogs exposed to this virus will be affected, although most of them will show mild symptoms. Most dogs convalesce in two or three weeks and the flu is not often deadly. Pooches suffering from a mild condition will develop a moist and soft cough that goes on for 10 to 30 days, according to AVMA. The dog may look tired. Their appetite may drop, and they may run a fever. They might sneeze and experience discharges from their eyes or nose. More severe cases may include high fever and signs of pneumonia, such as difficulty breathing.

The dog parainfluenza viruses have an incubation period of 4 to 7 days, during which the dog shows no symptoms. The symptoms do not appear until the virus is already replicated. The most noticeable symptom of dog parainfluenza is a severe dry cough. However, depending on each particular case, your dog can also experience the following symptoms:

Treatment: Your dog may receive antiviral drugs if the disease is detected early, or antibiotics to help the immune system while fighting the virus. Some dogs may require intravenous fluids (IV fluids), medications to reduce the fever, all dogs must get plenty of fresh water to keep the hydrated as well as aiding the recovery process. Your vet will be able to inform you the best ways to keep your dog comfortable while him or her recovers, which may take about 10 days to a month.