This is the most common bleeding disorder in dogs and humans.

Some dogs can be genetic carriers of von Willebrand Disease but have no symptoms.

What Breeds Are Affected?

von Willebrand’s Disease affects male and female dogs equally. The disease also has the ability to affect any breed and has been found in 50 different breeds. However, there are some breeds of dogs that are more likely to suffer from this disease. 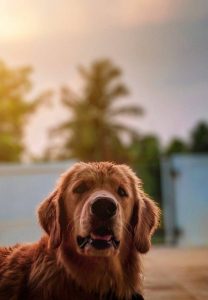 If you have a breed that is predisposed to von Willebrand Disease then you should ask your vet about getting your dog tested for the disease.

What Are The Symptoms?

Dogs that have von Willebrand Disease can live happily for years without any symptoms. The first sign of the disease often happens the first time the dog has surgery.

What Are The Treatment Options?

There is, currently, no cure for vWD so treatments are aimed at maintenance. Treatment options include blood transfusions. The blood that is transfused will have von Willebrand Factor present in it. This will help with any blood clotting that needs to occur. Repeat transfers may be necessary. If a dog with von Willebrand Disease requires surgery, they will require a blood transfusion prior to surgery.

A vet may also administer a blood product called cryoprecipitate. This blood product is rich in von Willebrand Factor and can be temporarily helpful in clotting blood.

Prevention is always the best medicine. Because von Willebrands Disease is hereditary the best prevention is careful breeding. All breeding stock should be tested to see if they are carriers of the disease. If they are, even if they show no symptoms, they should not be bred. Be sure to ask your breeder about the vWD test results of the litter’s parents.

Dogs with a mild case of this disease will require little extra care. However, extra care should be taken to protect the dog from injury. More severe cases may require regular blood transfusions with reduced activity. If a dog with von Willebrand Disease has a prolonged episode of bleeding it is important to take him to the vet as quickly as possible.

Keep a list of nearby emergency vets with you and your dog at all times. If you take your dog with you somewhere, be sure to look up emergency vets beforehand. Be sure to tell the vet what type of vWD your dog has so that they can take appropriate action.

It is also important to keep your dog safe from medications that increase bleeding. NSAIDs and sulfa-drugs are among these medications. Always read the fine print to see if a medication might be anti-clotting.

Reducing your dog’s stress can help to reduce spontaneous bleeding episodes. Dogs with vWD should be monitored closely during times of high stress to keep an eye out for bleeding or bruising. Try to find ways to reduce stress such as offering your dog CBD oil, Rescue Remedy, and offer them lots of time to sniff. Sniffing can be very therapeutic for dogs.

Reducing the exposure a dog with von Willebrand Disease has to rough play is important. Also, keep his safe from hard toys, treats, and chews that might cause injury to his mouth, triggering a bleeding episode. Be sure to be especially careful with nail trimming as well.

von Willebrand Disease is a disease that affects how well blood will clot. It is characterized by spontaneous bleeding and extended periods of bleeding for small cuts and wounds. Dogs with the disease may require frequent blood transfusions depending upon the severity of the disease.

To date, there is no cure for von Willebrand Disease. However, it can be prevented through careful breeding and selection of dog parents that do not have genetic markers for the disease. Dogs who do have this disease should not be bred.

Many dogs with von Willebrand Disease will live for years and you will never know that they have an issue. Dogs with mild cases of the disease will often live pretty normal lives with minimal issues. However, care should still be taken to make sure that injury and surgeries are kept to a minimum.