What causes a cat’s tail hair loss or alopecia? How can it be treated? Are there any effective remedies? Sit, relax and read on as we cover the whole issue of this tail fur loss as well as possible treatments.

To being with, cat hair or fur loss can be partial or complete. It can be asymmetrical or symmetrical, and it can affect not just the tail but also the back, legs or on the belly. 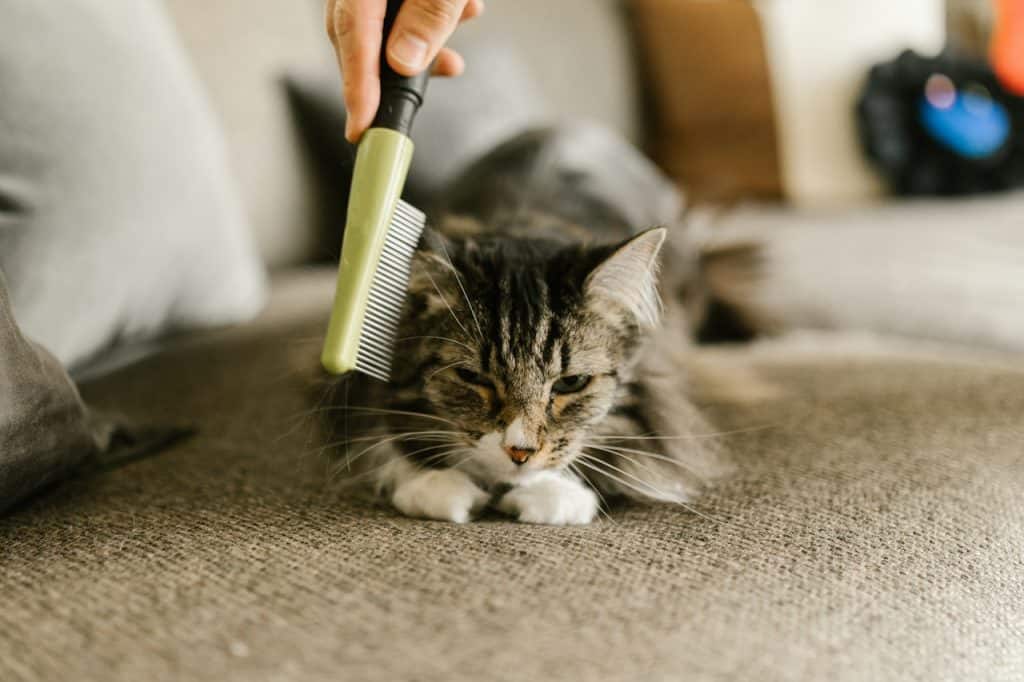 Although cat hair shedding is often noted in older cats, it can affect younger ones since many there are many reasons for the falling of fur as we are going to see.

Observing your cat losing clumps of fur is traumatizing. Therefore, unearthing the causes of this fur loss in cats is very important in determining the right and proper treatment approach as well as ways to stop and prevent further loss.

As a cat lover, be very alert of the pre-symptoms of alopecia. The symptoms would vary ranging from mild to severe. Some of these symptoms would be easy to deal with from home while serious ones would need intervention by a veterinarian. Let us begin with signs you should expect.

Signs and symptoms to expect 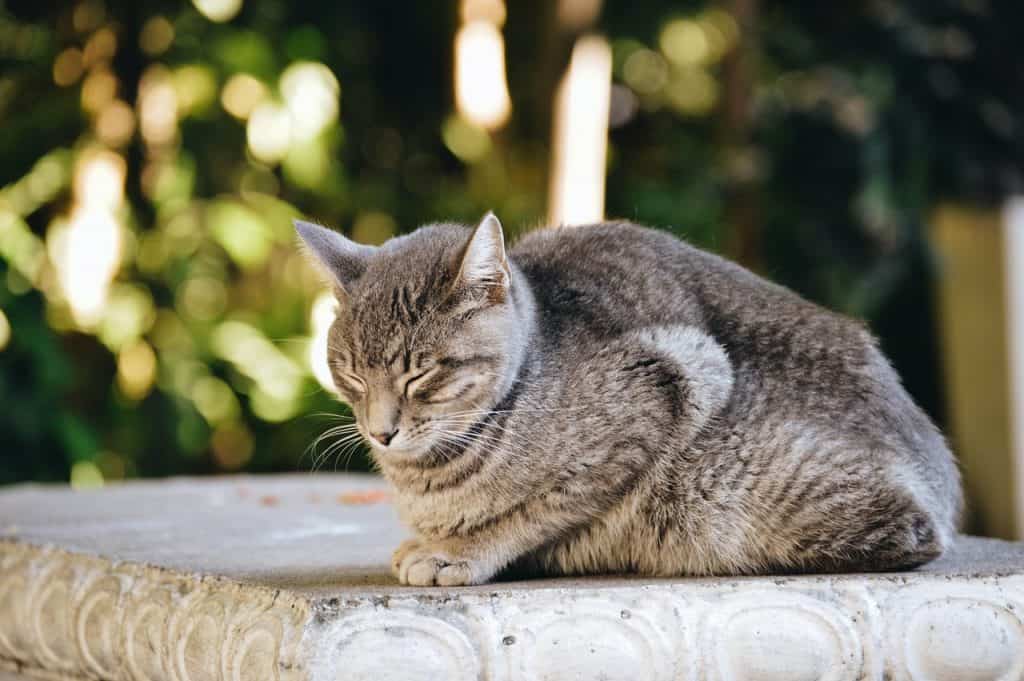 The following are the symptoms that may accompany a cat losing hair on its tail:

Note that, this is a summary of possible symptoms. The exact symptoms for your case will depend on the causes, i.e., the symptoms of a cat losing fur on the tail would vary depending on the underlying cause, and so would be the treatments.

There are apparent causes you need to be aware of such as your cat losing due to it biting its tail or rubbing against rough objects. Let us now explore some of the common causes of this problem:

Stud tail – loss at the tail base

There are many reasons can lead to a cat shedding hair on its tail. The stud tail also referred to as feline tail gland hyperplasia is one of them.

It occurs due to dysfunction and hence overactive sebaceous glands and results in the excess accumulation of waxy or oily substance which is characterized by blackheads, foul smell, and missing hair at the base of the tail. At times, stud tail is accompanied by a bacterial infection that would lead to tiny red dots.

This condition is common in male cats and those cats with poor hygiene. It is also at times observed in both neutered male and female cats. Usually, when hair loss does not occur in other places except on the base of the tail, this condition is often suspected.

Cat losing clumps of hair on the tail and other body parts can also be due to allergic reactions. Just like some people, certain felines are also allergic to various substances in the environment or certain diets. Allergic reactions usually lead to fur fallout on the body than the tail.

A cat affected by allergic reaction would bite at its tail and pull out clumps of hair. When caused by food, it may also vomit after eating foods that cause allergies. 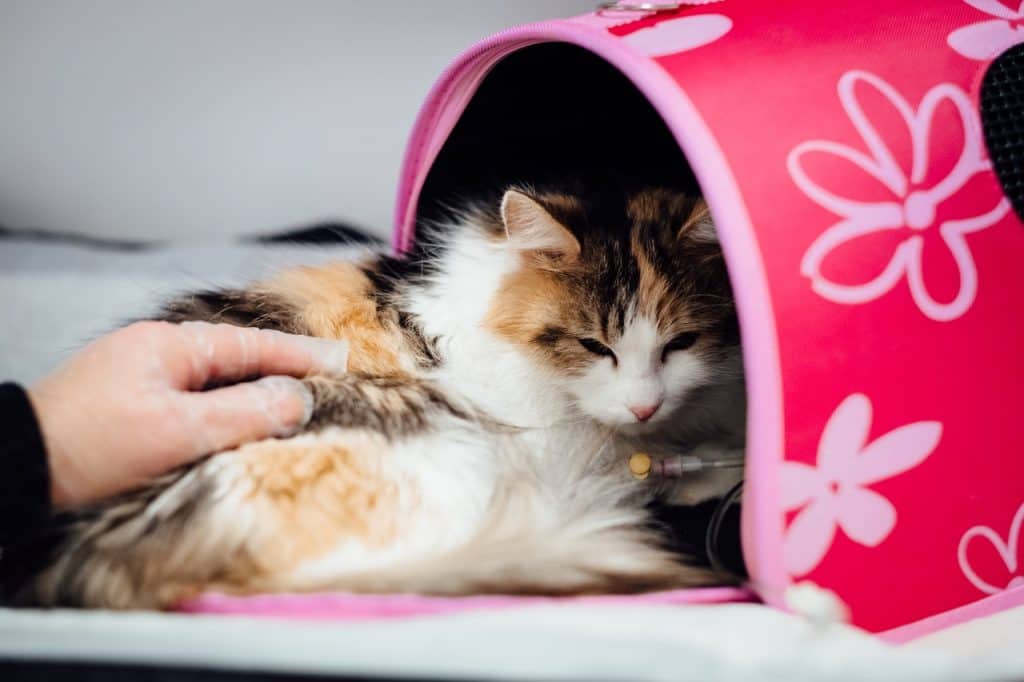 Parasites causing mange such as fleas, mites, and lice may also lead to alopecia in cats. When mites and fleas burrow into the skin, they cause irritation and itching. This would impel the cats to scratch or bite the tail or any other affected area, in the process, a varied amount of hair would be lost.

Although the tail is not usual to place for lice, they could still affect the area.

Ringworm, fungal infection, can also lead to a cat losing clumps of hair. It usually localized. “Your cat is missing hair on the tail and the shape of the hair loss looks round in shape and does not appear to be the result of rubbing or itching, you might want to have a veterinarian test for ringworm,” advises cats.knoji.com.

Alopecia in cats especially old one could occur due to skin cancer. “In older cats diagnosed with cancer, alopecia is common,” [source]. Though skin cancer is usually seen in old cats, it can also affect any other cat. It can present alongside other symptoms such as changes in skin color and pain among others

Psychogenic alopecia is another common cause. This is the compulsive disorder that would influence the kitten or cat to obsessively groom itself. Excessive biting and licking of the tails would result in hair loss.

You will first notice baldness on the pet’s abdomen than on rear legs, tail and to the spinal skin.  Stress, anxiety, and boredom often trigger psychogenic alopecia 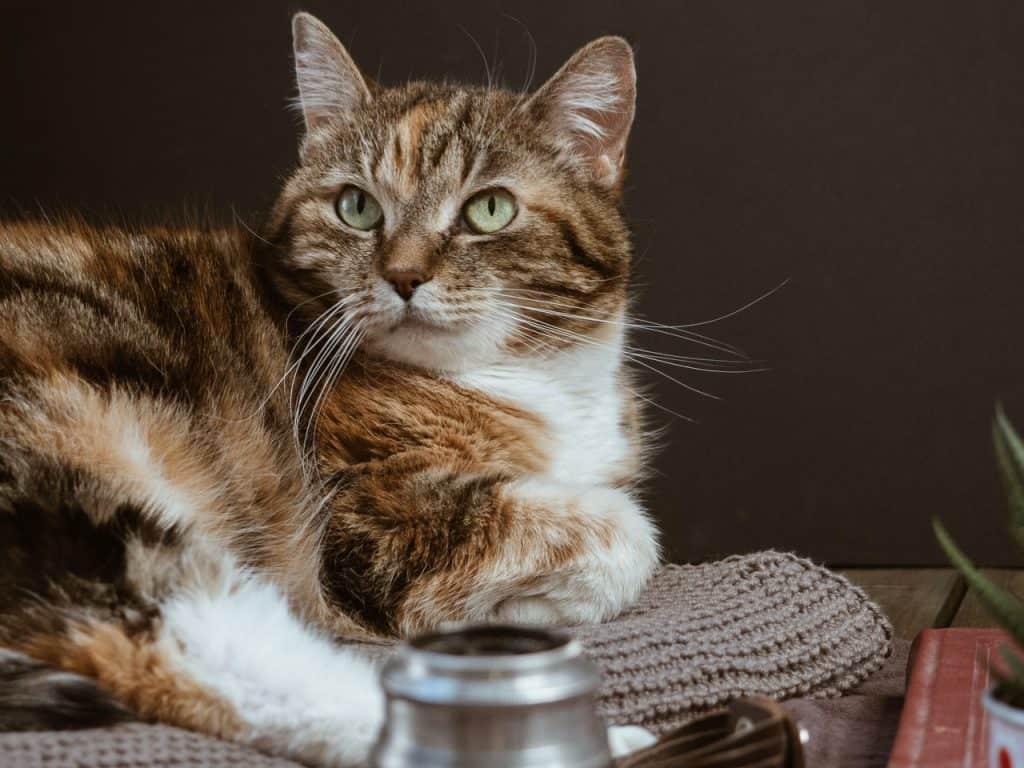 Stress in cats and anxiety is associated with hormonal and thyroid problems which can trigger alopecia. As a stress relief, they would be biting up the tail, and thus could pull out hairs. There are many factors that would lead to stress. These include barking of dogs, visitors and certain changes in the surrounding that the cat would not be able to adapt to.

Apart from the above causes, below are more causes why your cat may be losing fur on the tail:

What about fur loss on the belly? 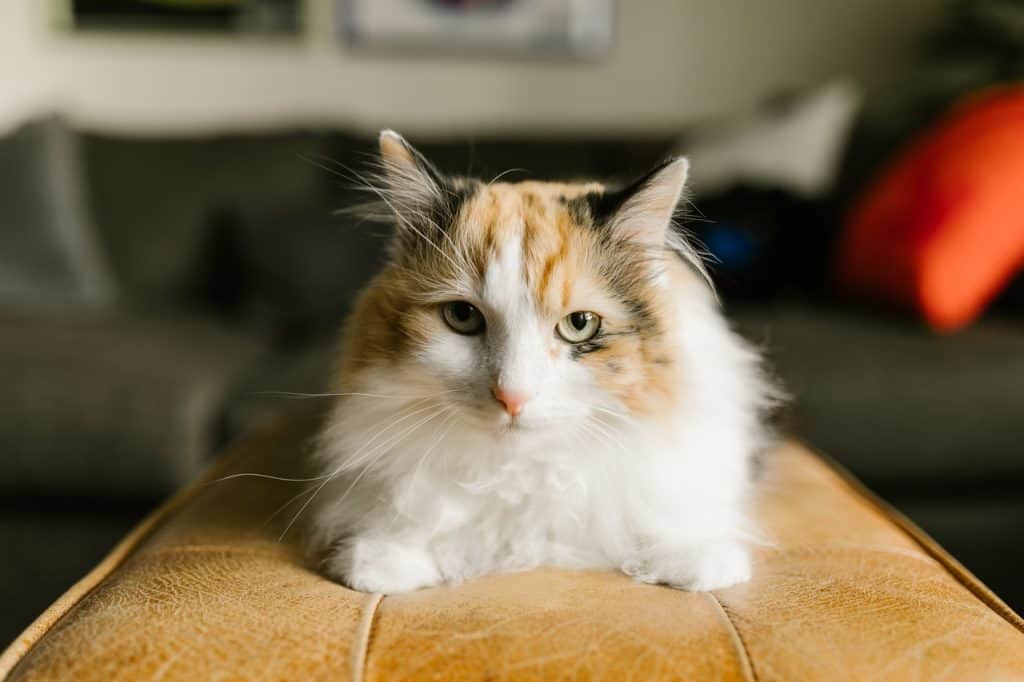 Again, your pet can also lose fur on the belly. Cat losing hair on the belly can also be due to several causes. The causes can present alongside symptoms ranging from mild to severe. Most of the causes of cat hair loss on the tail can also lead to cat alopecia on the belly.

Some of the alopecia in cat causes we have discussed above would also lead to a cat losing hair on the belly.

Since alopecia in feline has several causes, proper diagnosis is important before deciding on the most effective treatment.

Several diagnostic tests can be run to determine the reason behind hair fallout in cats. A blood serum chemistry is usually examined to ascertain if hormonal or thyroid disorders.

Also, X-rays and ultrasounds would be used to rule out symptoms of skin cancers or anomalies in the adrenaline glands.

In cases where the veterinarian suspects that alopecia is due to skin disorders, a skin biopsy may be evaluated in laboratories even to find out if there are some infections are present. 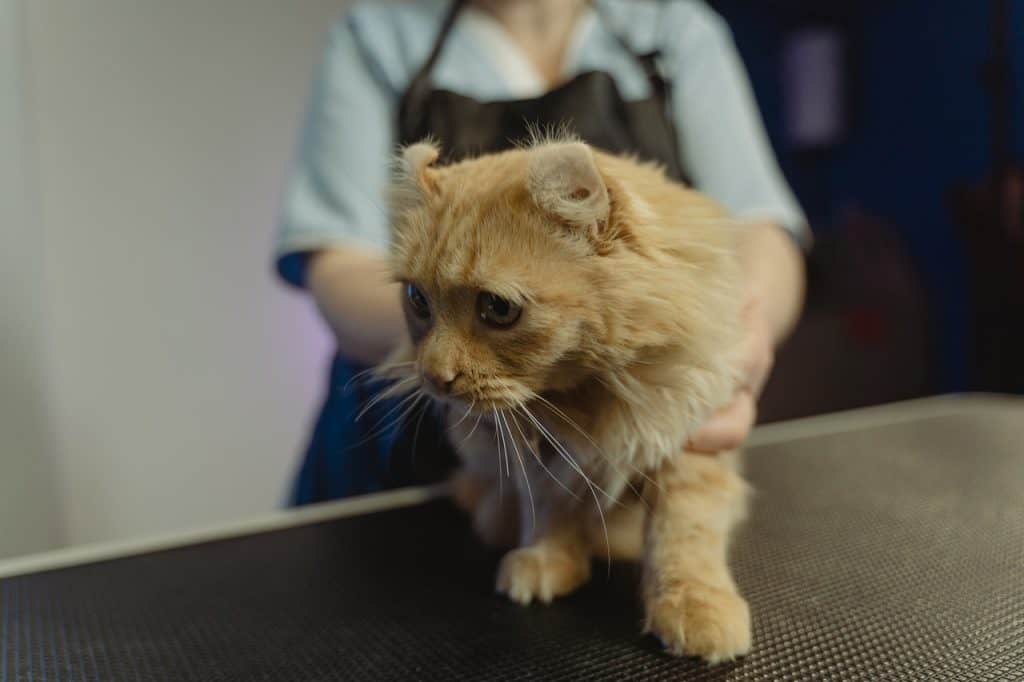 Mild cat hair loss can be treated at home using certain home remedies. Lemon juice, baking soda, pyrethrum, and garlic are some of the applauded home natural products that can be used to remove lice, mites, and fleas and treat minor skin infections.

They can be added to cat bath water or spayed on the cat's skin.

If after using some home remedies or over the counter products i.e. those for flea, and the cat continue to lose its hair, please see a vet immediately. The cat hair fallout may be due to serious reasons involving even the internal organs.