Here is an insight on the cause, transmission ways, symptoms, incubation periods, vaccines ways and managing and preventing the deadly and contagious rabbit hemorrhagic disease – RVHD and RVHD2.

Rabbit hemorrhagic disease is an extremely lethal and contagious disease that affects both wild and domesticated European rabbits with a new variant strain of this disease, the RHD2, reported in Europe in 2010 and in Nanaimo area located on Vancouver Island in British Columbia in Canada on March 2nd, 2018.[1]

The disease attacks most internal organs making them bleed (causes internal hemorrhage) including the lungs, heart, kidney among others and it was first described in 1984 in China.

The first outbreak of this disease was reported in the People’s Republic of China Jiangsu Province in 1983 and it was mainly spread by the Angora breed causing the death of about 140  million domestic rabbits in a span of less than a year [2].

From there, it later spread to Korea. Up to now, the virus been reported in several countries including the UK, Canada, New Zealand, Cuba, North Africa, Mexico, Australia, and the United States.

However, in Australia and New Zealand, it was deliberately introduced to help reduce the wild rabbit population since they are pests in these two countries.

The RHDV virus can survive at room temperature outside its host for 10-19 months making thorough disinfection very necessary [3] after an outbreak.

This virus does not affect hare species such as Lepus europeans (European brown hares), (L. timidus, L. corsicanus, L. capensis among others.

Infection in young rabbits below 6-8 weeks is not severe but the RHD2 can affect those aged above 15 -20 days.

Transmission of VHD in rabbits

The most common means of transmission include the following:

The liver and spleen have the highest virus concentrations and excretions including feces, urine, discharges from the respiratory system or any other body part also have the virus.

Signs and symptoms of VHD

This infection can be peracute, acute, subacute or chronic. Most symptoms are often noted once the disease is acute.  Some of the expected symptoms will include the following:

In case of any of the above clinical signs, you need to immediately inform your vet and isolate the affected rabbit.

Also, the differential diagnosis may be necessary to rule out poisoning, heatstroke, septicemia due to Pasteurellosis or any other agent that causes septicemia.

There is no cure for this contagious viral disease. However, IV fluid therapy, syringe feeding, painkillers may be helped to relieve associated symptoms. Since the disease causes internal hemorrhage, euthanasia may be advised.

This is a new strain of RVHD. It is also referred as to RHDVb or VHD2 and was first described in France in 2010 and later identified in 2011 in Spain and 2012 in Portugal. The virus has been reported in various countries since then including the UK (2015), Ireland,  Medina Count in Us on Sept. 19, 2018, among other locations.

The virus that causes RHD2 is antigenically and genetically variant to the RHDV but causes a lower fatality of 0-75%  but can affect younger kittens. [7]. It can partially overcome any immunity to RHDV requiring a new vaccination.

The transmission means is like those of RHDV as well as symptoms which will include loss of appetite, congested membranes around the eyes, unexplained bruising or bleeding, fever, weight loss and so on.

Like RHD, this viral infection has no cure and the below preventive measures can help for both the two strains of viruses.

This RHD virus has a high morbidity and mortality rate with over 90% deaths in affected rabbitries or where it was introduced [8] with the new variant RHD2 having a slightly lower mortality rate.

Means to prevent its spread include the following:

Since its outbreak, several vaccines have been developed to help boost immunity against this deadly virus both homologous and heterologous. Note that vaccinations are not available in all countries including the US, Canada, and Australia.

Initially, rabbits needed one vaccine for myxomatosis and RHD  such as Nobivac Myxomatosis-RHD in the UK given to kits aged over 5 weeks. However, right now you now need to go for a second annual vaccine to protect your animals against RHD2 as the first vaccine does not offer protection against RHD2.

RHD can also be vaccinated by Cunivak® RHD among other vaccines developed in various countries.

The RVHD2 vaccine (such as Eravac in the UK) can be given after 30 days and after every after 6-12 months to ensure your furry friend is protected. It must be given at least two weeks after the Myxomatosis-RHD vaccine and not at the same time.

Some side effects of these vaccinations include local skin reaction at the point of injection, some rabbits may be very quiet for about a day, among others.

The RHD and RVHD2 vaccine cost will slightly vary depending on the service charge your vet may require as well as the specific brand use and your geolocation.  For instance, if you are in the UK, expect to spend anything from  £26 – £100 annually.

Finally, discuss your vet at the right time to vaccinate your animal as he will assess its condition and advise you accordingly.

Both the  RHD and RHD2 in rabbits do not cause any threat to both human beings as well as other animals. Put in place preventive measures and report an outbreak to avoid epidemics. 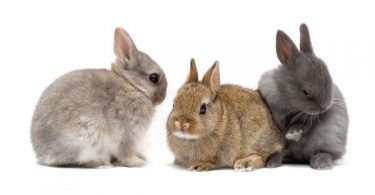