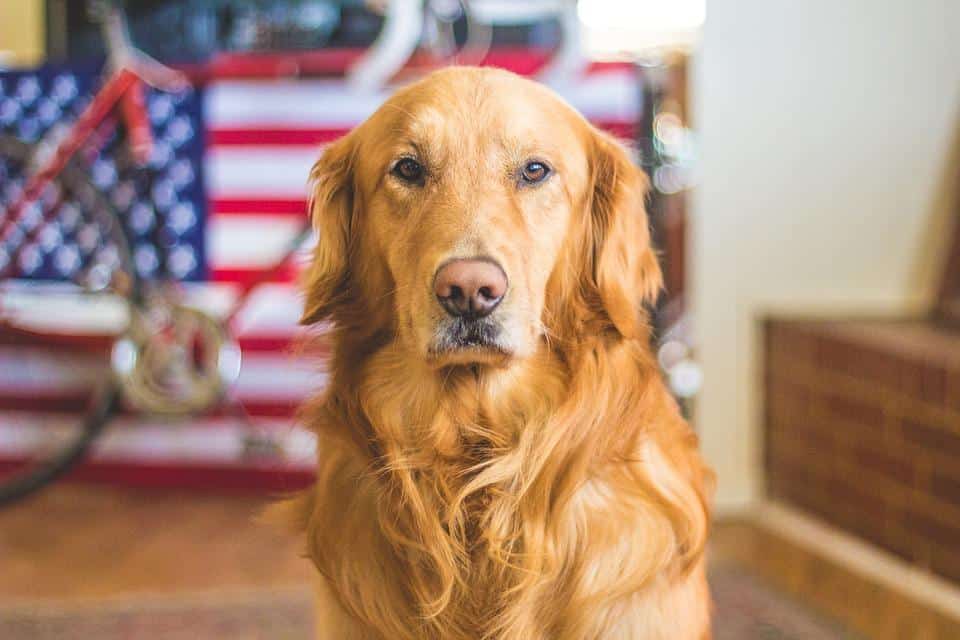 Did you know that the color of your Goldy’s gums could tell you a lot about his health?

When a human is sick, it’s easy to tell because humans can communicate how they feel and there are many nonverbal signs, like pale skin, tired eyes, etc. If you look closely, when dogs get sick, they also show several signs if you know what to look for.

And, pale gums are one of them.

A dog’s gums change color when he’s going through some illness and they can also turn to a variety of different colors like reddish, yellow, blue, etc.

Your Ultimate Guide: How To Examine Your Golden Retriever’s Gums

If you think that your Golden Retriever has pale gums, you don’t need to go into panic mode right away. First of all, you should examine your dog’s gums the right way.

Let’s see how it works.

Before you can figure out what’s normal and what’s not,

Catch a hold of that furry ball of yours and lift up your doggy’s upper lip to reveal the gums.

Now, the ‘normal’ color of the gums depends on your dog’s breed, but, usually, the normal color is between salmon pink to bubblegum in color.

After the first step, you should ‘click’ a mental picture or a physical one of how your Golden Retriever’s gums actually look like and their exact color. This is important because when the time comes, you can use this as reference to see if something’s wrong.

You should routinely assess your dog’s gums once a month or more to make sure that everything’s okay with your furry friend.

As I mentioned earlier in the blog post, a Golden Retriever’s gums say a lot about the his health.

Here’s a handy little table that’ll help you determine what’s going on with your dog’s gums and what it means.

If you notice any abnormality with the color of your Golden Retriever’s gums, it is time to rush to the vet because it is one of the symptoms of a more serious problem and needs to be kept in check. 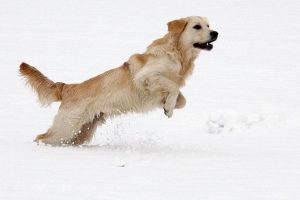 The Various Causes of Pale Gums in Dogs

In the previous section of the blog, we got into detail about how pale gums in dogs mean that there’s something seriously wrong with your furry friend. Let’s take a closer look.

Your dog’s kidneys produce a hormone called erythropoietin which tells the bone marrow to make red blood cells. This means that when the function of the kidney gets impaired somehow, lesser amounts of erythropoietin are made.

Internal bleeding may be caused due to various factors which includes the following:

If your Golden Retriever’s body has been in shock, the blood could be concentrated in specific parts of your dog’s body. This means that while blood is flowing to the important organs, it isn’t reaching the extremities.

When your dog’s blood doesn’t normally coagulate, your dog is predisposed to excessive or abnormal bleeding.Thrombocytopathy and thrombocytopenia are some blood clotting disorders that cause pale gums in dogs.

When your dog has an autoimmune disease, it means that his body is attacking itself. In cases of Hemolytic anemia, the dog’s red blood cells which lead pale gums and anemia.

If your Golden Retriever has a distended abdomen and is stressed and vomiting then, this may just be a case of bloating! The pale gums appear in this case just because the stomach torsion basically just stops the blood from returning to the heart from the lower body.

Heart disease is one of the reasons why your dog’s gums are pals. It has other symptoms like:

Heavy metal toxicity such as Zinc toxicity may lead to pale gums in dogs. This is because Zinc basically interferes with absorption of iron which is meant to produce red blood cells.

If your dog has this, he can get pale or yellow-colored gums. This also comes with the yellowing of the skin turning brown, and an orangish tint to the urine. This is a serious condition as some doggies can even show early signs of acute kidney failure.

Rat poison contains warfarin, which is an anticoagulant which causes your dog to bleed profusely and can be fatal.

Some forms of cancer such as those of the spleen and the liver can cause a decrease in the production of red blood cells and can lead to internal bleeding in the abdomen.

Pale Gums In Golden Retrievers: What Do They Mean?

Gums in Golden Retriever have a lot to say about your dog’s health so, you need to check them on a regular basis to make sure that everything is a-okay with your furry friend.

Gums can be of a lot of colors like red, yellow, purple or just pale when your dog is sick. They all mean different things.

If you’ve still got any questions, please comment them and I’ll be happy to answer!