Home » Golden Retriever Saves His Boy From A Cougar 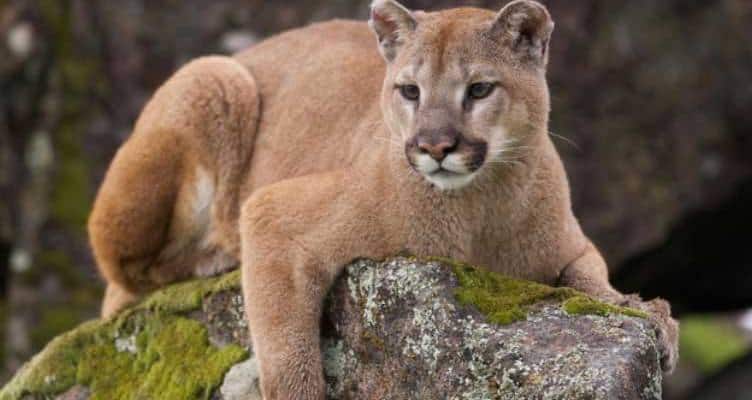 The Forman family lives in British Columbia, Canada. The family consists of a mother, father, five children, and a Golden Retriever. The youngest boy’s name is Austin, he is 11-years-old. Angel is the name of their, 18-month-old, Golden Retriever. It is Auston who Angel has bonded with the most.

On one chilly, January evening around 5:30 pm Austin was outside doing one of his chores. This particular chore was to gather firewood from the shed and bring it inside to fuel the family’s wood-burning furnace. Angel was out in the yard with Austin, helping him with his chores.

Austin noticed that Angel was acting differently than normal. She usually romps around the yard and wants to play. But this time she stuck close to Austin, never straying far form him.

As Austin was gathering firewood in his wheelbarrow he saw something. He turned to look and at first thought that there was a stray dog coming toward him. As the creature came closer a light in the yard shown on it and Austin realized it was a cougar!

When Austin saw that the creature was a cougar, the big cat was feet from him. There was nothing Austin could do. The cougar leaped at Austin thinking that it was in for a tasty snack. But Angel jumped in the way. Instead of sinking its claws into the 11-year-old boy, the cougar sank its claws into Angel.

Austin quickly ran into the house and shouting for help. It took his mother some time to understand what he was saying because the boy was so shaken. “A cougar is eating Angel!” Was what she finally made his words out to be.

She quickly dialed 911. Thankfully, there was a constable nearby who was quickly dispatched to the Forman property. When he arrived he could hear the commotion of Angel’s yelping and the cougar attack. The cougar and Angel were wrestling under the deck.

The constable could see the two animals tangled together in a desperate struggle. The cougar biting at Angel’s head and neck. The constable got a clear shot at the cougars rear end, he took it. The hit the cougar but the animal kept attacking the poor Golden Retriever.

The constable repositioned himself. This time closer to the brawl. He took aim and this time managed to shoot the cougar in the head.

Both animals fell to the ground. Everyone was scared that Angel was dead. The cougar still had Angel’s head in its mouth. A nephew that was with the Forman family pulled the cougar off of Angel.

Once the cougar was removed it was easy to see the injuries that Angel had suffered. There was a lot of blood and the family was afraid that the injuries where fatal. However, after a moment Angel took a deep breath. She stood up, vomited some blood, and started to wag her tail. She quickly went to Austin’s side and gave him a thorough sniffing to make sure he was okay before, sitting down.

The family rushed Angel to the animal hospital so that the damage could be assessed. She had suffered some nasty injuries to the neck, head, and leg, with deep scratches and bites. Angel had a fractured skull, ripped eyelid, and some damage to the sinus cavity. Despite these injuries, her prognosis was good and she was expected to recover well.

Austin was so grateful to his best friend that he bought Angel a big steak!