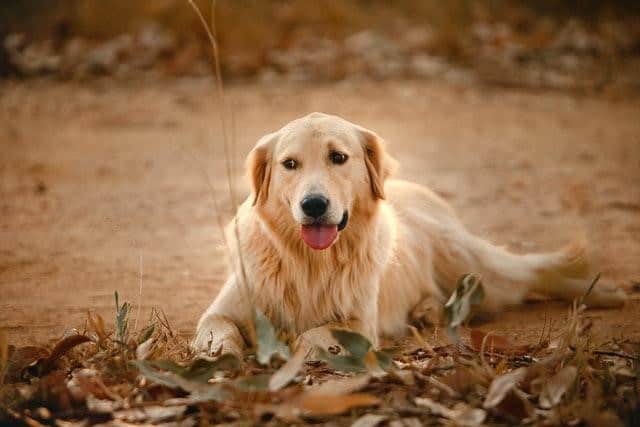 We all love Golden Retrievers, don’t we? They are kind, caring, loyal, and affectionate. Their golden coats are so beautiful! They are a great addition to any family because of their tolerant attitude. If trained well and from an early age, they can protect you and your house, too. This makes them one of the most popular dog breeds in the Western world.

Did you know, however, that Golden Retrievers have qualities and characteristics that make them awesome duck hunters? Let’s briefly look back in history to find out how they earned this reputation.

How a Perfect Hunting Dog Was Bred

It all started in the Scottish Highlands, at Guisachan House in the late 1800s, in the home of Lord Tweedmouth. His objective was to develop the best retriever possible to suit the Scottish climate and terrain. Lord Tweedmouth wanted to have a fast dog, a swimmer dog, a resilient one; there was a bigger purpose – he needed to have a perfect bird hunting dog.

Scotland’s hunting grounds had areas of low-lying land which was flooded in wet seasons, as well as ponds and various streams. Lord Tweedmouth needed a companion who could retrieve over land and water.

In 1865 in Brighton, England he had purchased Nous, the only yellow puppy he discovered among many black retrievers. Apparently, the black dogs were better at hunting, and, unfortunately,  yellow dogs were often disposed of.

After bringing Nous up to Scotland, he bred Bella, a Tweed Water Spaniel with Nous. Bella was a swimmer and Nous – was a retriever. This is how the world’s most famous breed and a perfect hunting dog came to life.

Physical Features, or How Does He Do It?

Now that we know why and what Golden Retriever was bred for, let’s look at the physical features that make him probably the best duck hunting dog in the world.

They are medium to large in size, they weigh approximately 27-34kg and 51-61cm in height. These features make them ideal athletes:

Golden Retrievers are full of athleticism and energy – they love running. They were bred to be fast runners. Even though they are not the fastest breed, they are much faster than people and they can make a great workout buddy leaving you exhausted quite quickly.

The speed they can reach depends on the distance they run but they are good at both long-distance runs and sprints. The fittest mature retrievers can reach speeds of up to 30-35 mph (miles per hour). The younger ones reach up to 20-25 mph.

Puppies simply cannot (and shouldn’t) run as fast as the grown retrievers simply because of their young age and growing body.

Golden Retrievers’ fluffiness and cuddliness can trick you into thinking that these kind and loving dogs are not as strong as they actually are! Golden Retrievers’ bodies are large, muscular and well-developed. They have broad heads and strong backs. They are naturally strong because they had to work in extremely tough conditions, and sometimes, all day.

What is more, they have an incredibly strong bite – it is actually the 30th strongest of all breeds. Can you imagine how handy it is for retrieving ducks?

They absolutely love water! Their strong and muscular body, combined with athletic endurance make them a top swimmers. Just like with running, they were bred to be good swimmers – dogs with such skill were needed to retrieve waterfowl from water.

2 to 6-year-old Retrievers make the best jumpers. On average, they have the ability to jump as high as 4-6 feet. They don’t require any run-up space to do that which is pretty impressive. Most often than not, they jump to show their love and affection to other people.

Golden Retrievers’ unique sense of smell is something that they have from birth. It is way stronger than a human’s smell. Back in the day, they used it to find and retrieve birds. Now, they also use their gift to detect people, food, and various scents in the air,  for example, allergens.

And, finally, let’s look at the Retrievers’ coat and what role it played in adapting to various conditions and the rough Scottish climate.

The correct coat is straight or wavy; it is firm and moderate length. The Retrievers’ undercoat protects them from injuries by being dense and thick. The undercoat supports the longer overcoat which in turn enables it to lie flat to the body. It makes the dog “waterproof”.

A Golden Retriever won’t make a good hunter if he has all the physical characteristics but is not intelligent, loyal and kind to his owner. The good news is the Golden Retriever has it all.

Golden Retrievers love people, being around people and meeting new people. They show unconditional love and love to please their owner which makes it easy to train them to hunt. They will do anything and everything to make their owner happy.

These loving dogs are driven. They have a prey drive which describes excitement about hunting and catching a bird, and they are always ready to tackle the challenge. Think duck hunting – they get excited to get that bird to please their owner.

The Retrievers are among the smartest and most intelligent dogs. According to research studies, they can learn the meanings of up to 250 words. When hunting or training to hunt, they have to understand,  know and want to do what they are doing whether it is going into ice-cold waters, or obeying the owner’s command.

And most and foremost, hunting is their innate skill. One thing that could be done is work on developing and improving that skill. This is what we will cover in the next section.

How To Train Golden Retrievers To Hunt?

As mentioned before, Golden Retrievers are easy to train, because they are intelligent and will do anything to impress their owner.  However, when it comes to duck hunting, do not start training them to retrieve in the waters until they are about 1 year old.  Before then, teach them the basics, such as socialization and obedience.

As a puppy, he will be learning every day, because everything will be new to him. He needs to learn who is the boss in the family, whether he is allowed to jump on someone or steal food, and much more. Everything he will learn in his early months will translate into hunting training.

Socialization means introducing him to new people, places, locations, and noises. For example, take him to the park, woods, and lake. This will teach him to adjust quickly to changing situations. He will need this skill when hunting.

Train him from an early age to respond to your commands. Teach him NO, OFF, SIT, HERE, HEEL. Before he starts learning how to retrieve ducks, he must be trained to sit still and steady whilst you are tossing out dummies. You would use the STAY command in this case. This teaches him to be calm and patient and not to go after every single bird unless instructed otherwise.

If you want to start training your Golden Retriever to run to increase his stamina, wait until he is about 18 months old because a puppy has a higher risk of injury to his growing muscles and joints. However, when he is ready, long-distance jogs will help him build muscle and strength.

When it comes to strength development, some other activities you can get him to do are swimming, climbing stairs, jumping, pulling, or even taking him hiking with you.

Specifically for retrieving training, scent training is something that should be done before you get to practising retrieving in the waters. You would need scent spray, decoy toys and tasty treats. This method involves spraying the toy and hiding it so that he then sniffs it out.

Practising in the waters involves introducing your Golden Retriever to hunting equipment, a boat, a hunting blind, birds, as well as a gun.

Golden Retriever is born to be a bird hunting and retrieving dog – he was bred for this job back in the late 1800s in the Scottish Highlands. If trained well, he will become a great companion when you go duck hunting.

This strong, athletic and powerful dog is a result of breeding Nous – a yellow retriever that was brought from England, and a sporting dog Bella, a Tweed Water Spaniel.

He is a fast short and long-distance runner, he loves water, he can jump high, and he has a unique sense of smell. His coat helps him adapt to various conditions. This is quite literally a perfect dog. That is how he is known as probably the best hunting dog in the world.

If you have or are just thinking of adopting a Golden Retriever, you should be able to train him to hunt quite easily because this is his innate skill. The key is starting his training early and focusing on generic training first. 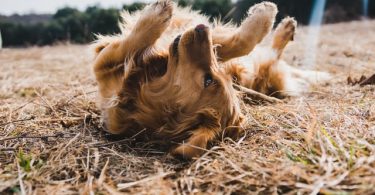 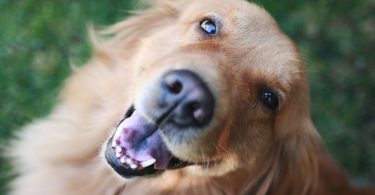 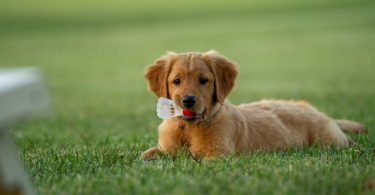