Some stories happen by accident, some others need to be told.

About 12 years ago in Stouffville Canada,  some Golden Retriever puppies were born. Among them one was smaller and was born without eyes. 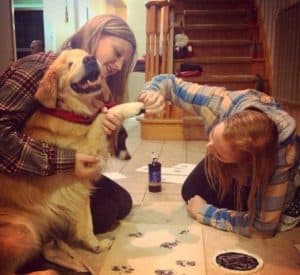 This puppy couldn't have an easy life, especially his first two years were very difficult. Because of his blindness and his smaller size, he was considered as a "mistake" and he had to struggle to survive.

However a lucky day comes for him... mrs  Joanne George, knowing his story, decides to act. In spite of his size, even if dirty and full of wounds due to the other dogs attacks, she decides to look over his disability.

She takes him home and offers the only thing most likely that puppy never had: LOVE.
Something special then happens. Joanne notices the real potential of that dog who is able to transmit a positive effect on people he comes in touch with. 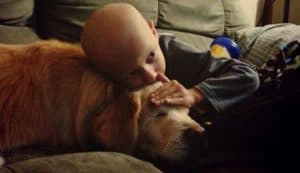 She finally decides to start a pet therapy training.
After few years of smiles, cuddling from many patients, he turns into the most popular dog of Canada.

All those things happened thanks to a person who didn't stop in front of a so called "handicap".
Now it is time to tell you his name and introduce him, just look at him and you will understand the meaning of his name. Smiley, the dog smiling to life! 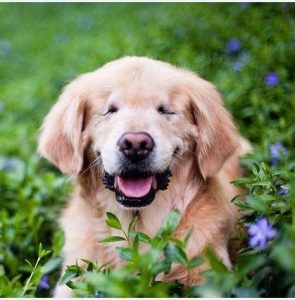